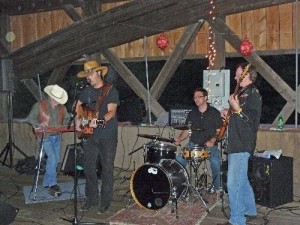 The covered bridge over the Ellis River at the entrance to Jackson, New Hampshire has been a symbol of the village for over a century, and Saturday, August 4, you can put on your dancing shoes and come to the annual COVERED BRIDGE DANCE from 6 pm ’til midnight. Tap your toes or just sit and listen under the stars to Jon Sarty & The White Mountain Boys. Enjoy this free event ~ only in Jackson can we have our old fashioned community block party on a covered bridge!

Constructed by Charles Broughton and his son Frank Broughton about 1876, the ‘Honeymoon Bridge’ is a favorite of both photographers and romantics who steal a traditional good luck kiss (or two…). The Broughtons used their carpentry skills to build the Paddleford truss structure with added arches, which is just over 121 feet long with a clear span of 103 feet. The 16 foot wide roadway means some vehicles wait politely to cross if a car is already on the bridge. The photographs highlight the Paddleford truss design which was popular for bridges in northern New Hampshire and Vermont in the 19th century. The walkway on the north side of the bridge was added about 1930, and the bridge restored in 2004. It is eligible for listing on the National Register of Historic Places.

The White Mountains of New Hampshire are home to many covered bridges, including others designed with the Paddleford truss. See our Covered Bridges Circuit Itinerary for a suggested tour of some of them within an hour’s drive of the Inn at Ellis River.