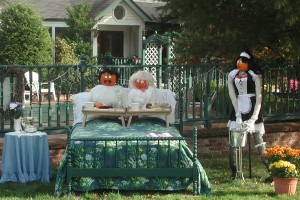 The Pumpkin People have returned to Jackson, NH for the 27th consecutive year. Jackson welcomes them so warmly they are staying the entire month of October this year! Not every Pumpkin visits each year, so you will see an every changing population representing classic stories, fairy tales, popular books, movies and televison shows, seasonal activities like skiing or kayaking, and classic New Hampshire icons. Pumpkin People only can be seen during October, then they disappear like the brilliant foliage that marks their arrival. 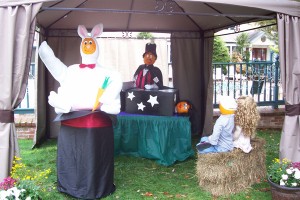 The Inn at Ellis River has been visited again in 2014 by Fiona, the maid who has made annual appearances since 2007. After eight seasons, this will be her last visit ~ she is leaving the Mount Washington with a cool drink at her side, and her maid’s uniform flung over the back of her chaise lounge. At last, someone else is standing ready at the Tiki Bar waiting to serve her! Her days of being the Pumpkin Maid for the Inn at Ellis River are over! 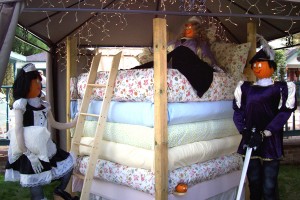 The Princess and the Pumpkin in 2009

She asked us to post a photo album showing everyone how hard she has worked to make everyone happy over her years at the Inn. In the annual contest for best Pumpkin People, she helped tie for first place once (Pumpkinella), win second place three times (Breakfast in Bed, Princess & the Pumpkin, 101 Dalmations), Cutest (Magic Show), and Most Colorful (Clowning Around). So now you know why she deserves this next chapter in her life…and who knows what new Pumpkins will visit in future years? 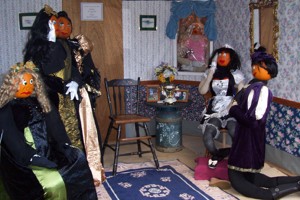 Among other Pumpkin People displays around Jackson this October are Charlie Brown and friends, A Christmas Carol, the Ice Bucket Challenge, Charlotte’s Web, weddings, anniversaries, and a funeral for the Old Man in the Mountain.

We hope you will plan a getaway to say ‘Aloha’ to Fiona and see all her Pumpkin friends around Jackson, but if not, please visit the Inn’s Facebook page for an album of many of this year’s Pumpkin visitors. 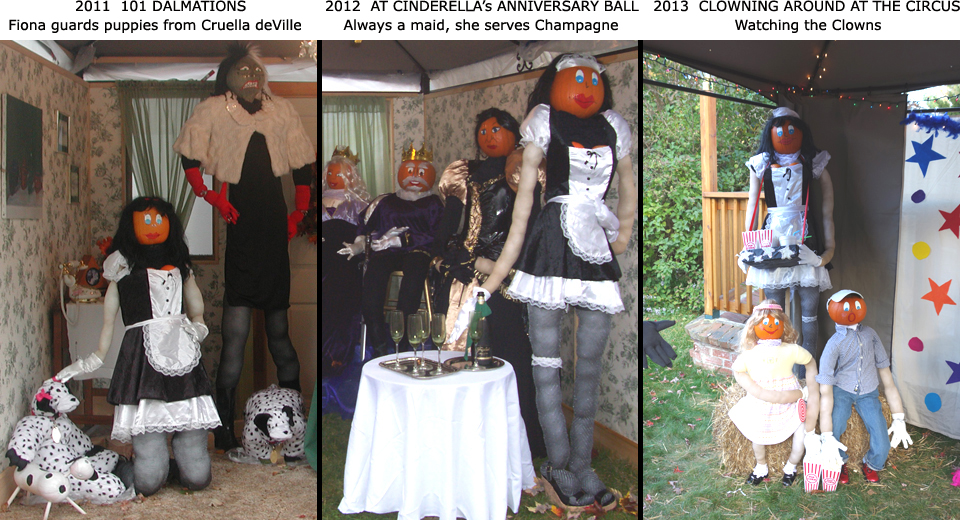